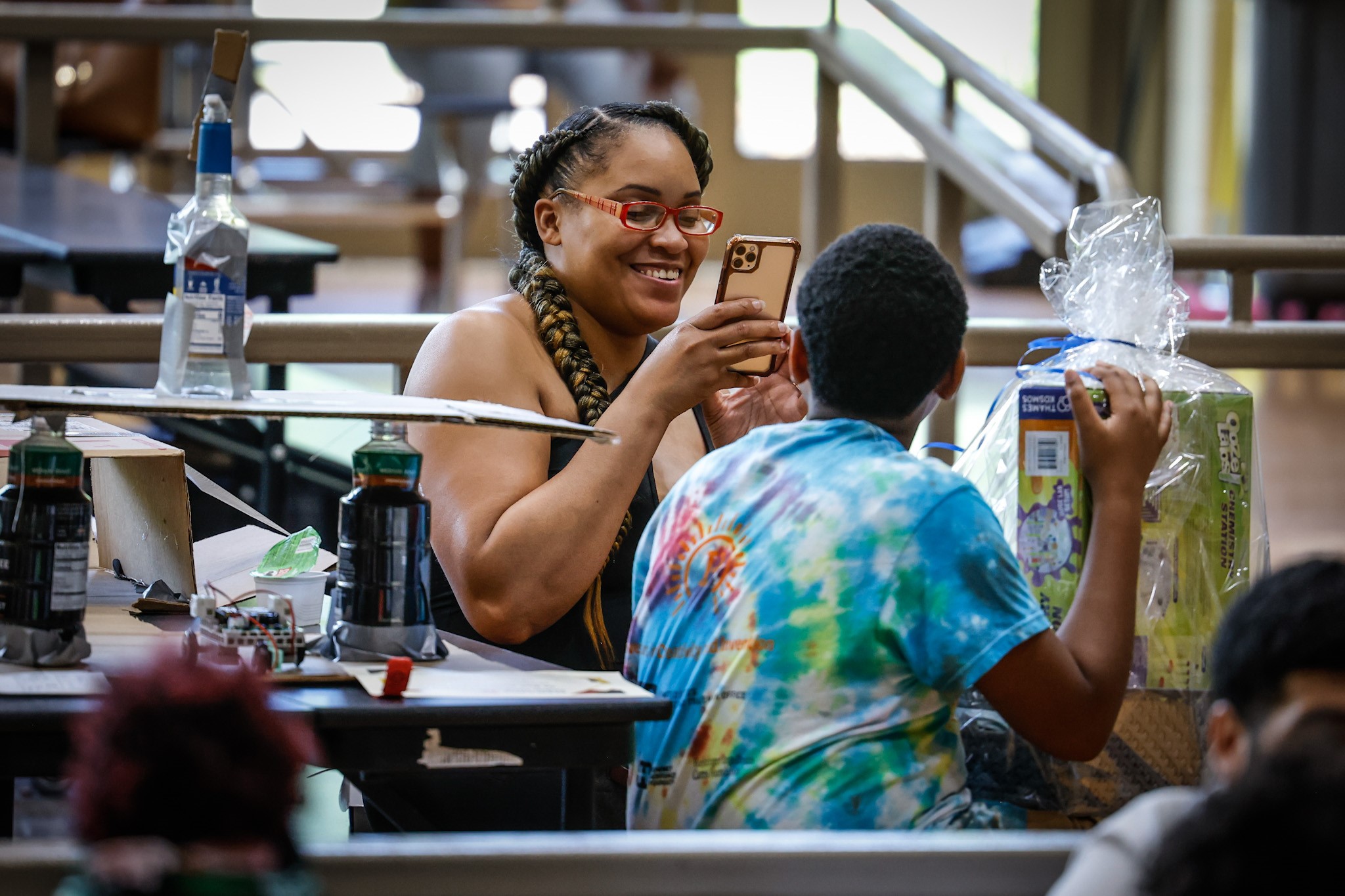 For years, the loss of some academic gains during the summer has been called “summer slide,” and schools and partners like libraries have had programs to combat the phenomenon. But given the post-COVID academic dip, schools have extra focus this summer on making sure kids don’t lose the gains teachers fought to claw back in the last school year.

“Everybody on the school side is putting something in place to make sure that we accelerate learning to catch kids back up,” said Shannon Cox, the Montgomery County Educational Services Center superintendent, who works with all public school districts in Montgomery County.

What is the problem?

Students of all ages fell behind after the COVID-19 pandemic forced districts to suddenly send students to online learning in March 2020. Younger kids, especially students who are now in preschool and kindergarten, were particularly affected.

“The biggest gap that we saw was actually with the kids who didn’t have as much muscle memory of learning,” Cox said. “The middle school and the high school kids that came back to school, they caught up more quickly than the younger kids.”

Shaterra Jenkins takes a photo of her son, J’Xavier Jenkins, after he won the leader of the pack award at the STEM Camp held at Weisenborn Junior High School on Friday July 1, 2022. JIM NOELKER/STAFF

Shaterra Jenkins takes a photo of her son, J’Xavier Jenkins, after he won the leader of the pack award at the STEM Camp held at Weisenborn Junior High School on Friday July 1, 2022. JIM NOELKER/STAFF

It wasn’t just online learning that affected progress. It was the disruption of a daily routine, something that helps kids feel safe, Cox said. Add students and families getting sick, caregivers dealing with job and housing loss and even deaths in the family, and that’s a recipe for many students to fall behind.

Cox noted some kindergarteners and preschoolers didn’t get to interact with other kids during the pandemic because parents didn’t want to expose their kids to COVID-19.

“That just means that we’ve got preschoolers and kindergarteners that have less social interaction with other children, especially if they’re the first or only child in their home,” Cox said.

The lack of outdoor play may also have impacted their gross motor skills.

Four generations of the Wilcox family came to the last day of STEM Camp to cheer on McKinley Wilcox, who participated in the program at Weisenborn Junior High School. JIM NOELKER/STAFF 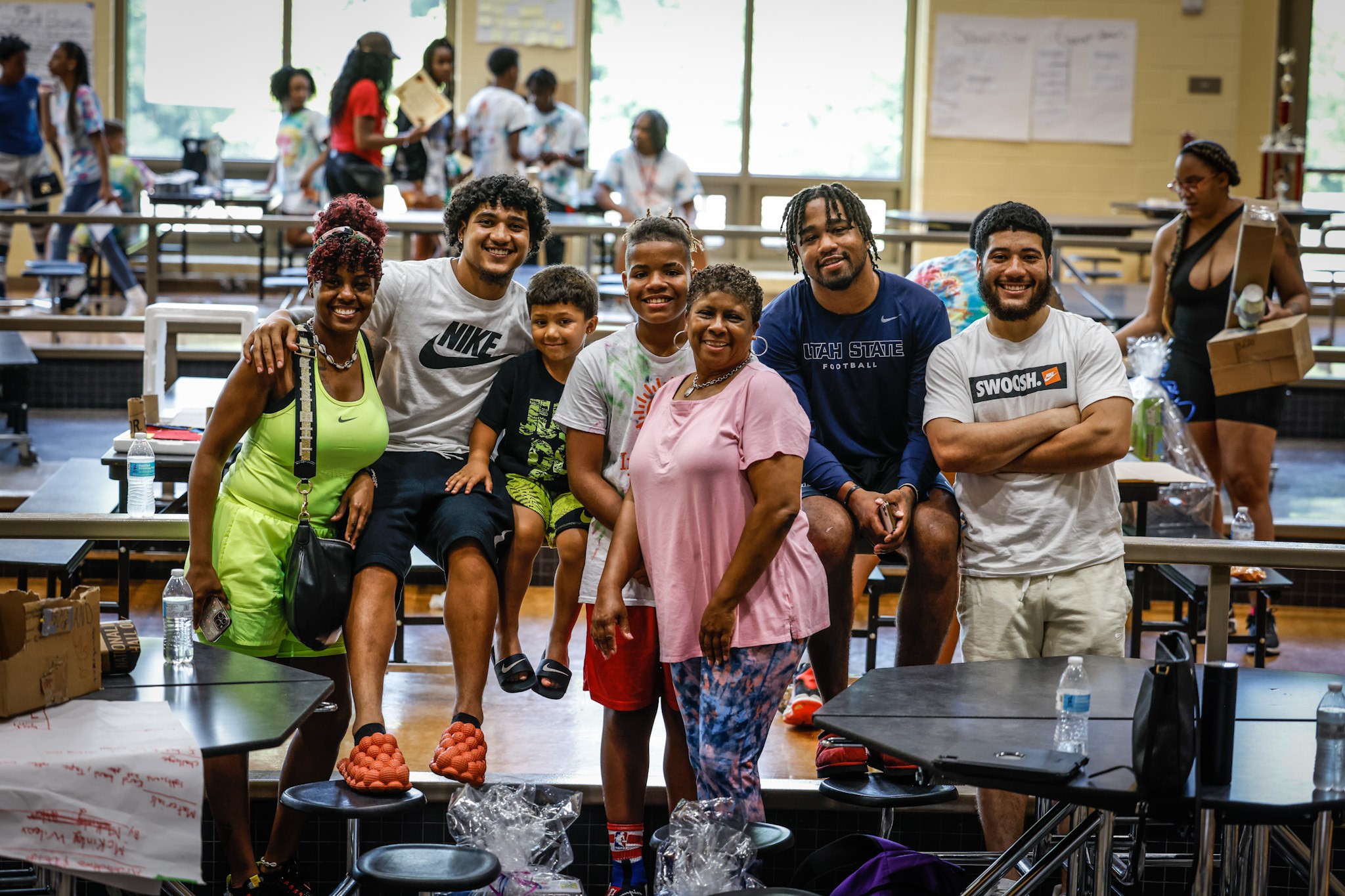 Four generations of the Wilcox family came to the last day of STEM Camp to cheer on McKinley Wilcox, who participated in the program at Weisenborn Junior High School. JIM NOELKER/STAFF

Elizabeth Lolli, Dayton’s superintendent, said DPS officials and teachers were constantly thinking about how students were doing academically. The district knew kids would probably fall behind, but it was a matter of how much and what the district was going to do to catch kids up.

“We didn’t stop thinking about it. From the moment that we closed down on the March date in 2020, I don’t think it left our minds at all,” Lolli said.

DPS used a two-teacher model this year in first, second and third grade to get kids back on track, which appears to have worked. The district’s state test scores and internal test scores showed huge improvements from the last school year and DPS appears to have returned to pre-pandemic levels of achievement.

What are schools doing?

Schools that got federal COVID-19 money have a federal mandate to commit at least 20% of the funding to address learning loss. Many districts spent millions of dollars hiring more teachers and tutors and addressed the problem through school programs.

Dayton Public Schools, Huber Heights and Mad River were some of the districts who had summer school programs for students this summer.

DPS works with their community partners, including Omega Community Development Corporation and the YMCA, to create summer school programs that combine reading and math with fun activities, like field trips to the Air Force Museum and making playlists based on a book the class is reading. DPS officials said the district had about 600 students attend summer camp district-wide. 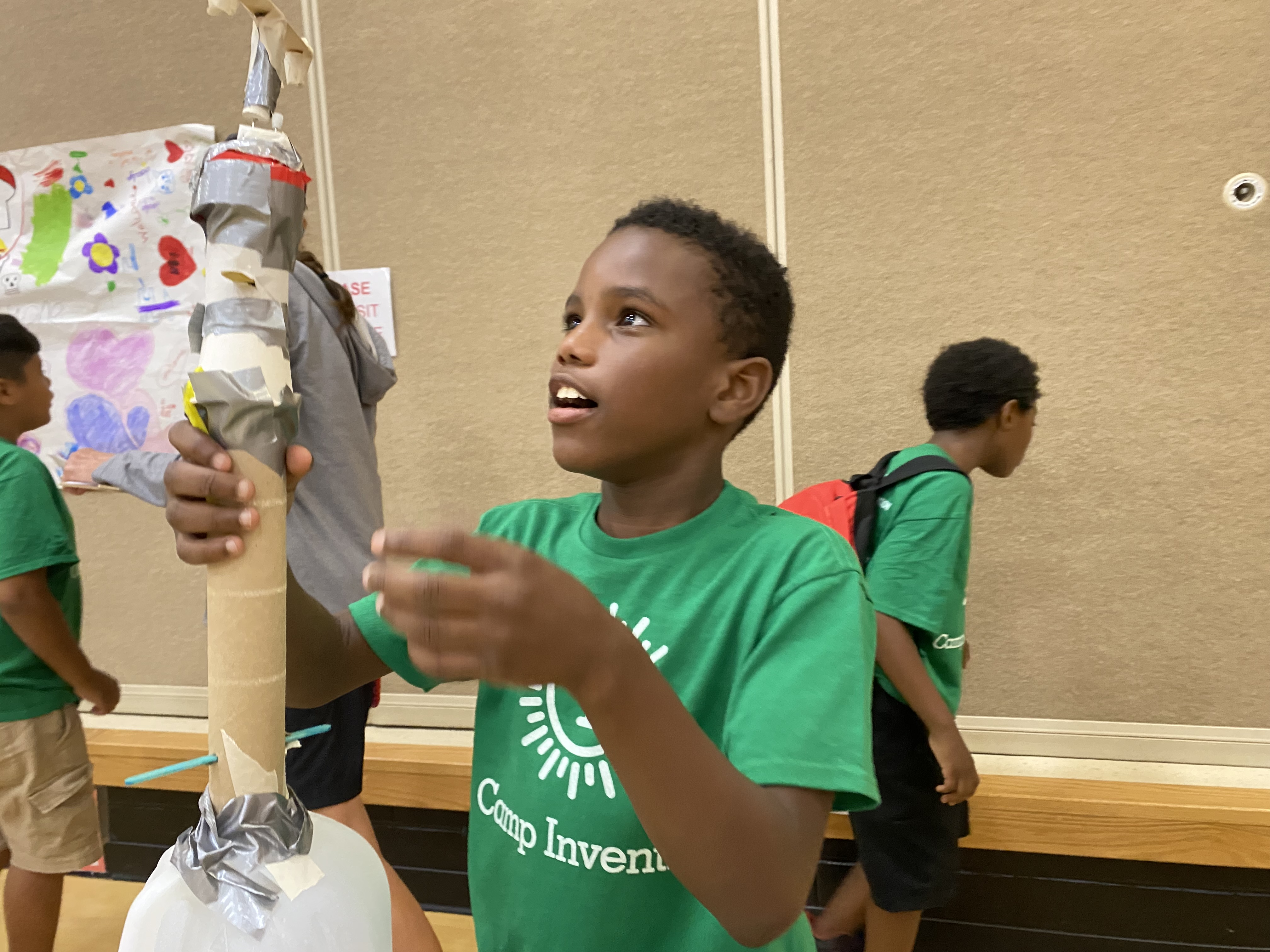 Mad River assistant superintendent Krista Wagner said her district’s summer camp focuses on kindergarten through fourth grade, centered on a theme. This year, it was camping. Students started their day around a campfire and were able to go on field trips during the day.

Mad River identifies kids who are falling behind either in school testing data or based on teacher recommendation. About 130 kids attended this year, she said.

“It’s amazing, the attendance, because the kids really enjoy it,” Wagner said. “They don’t want to miss because we do make it fun.”

DPS and Mad River both cited initial testing data that indicates their respective districts are back on track.

Centerville Schools bought a mobile learning unit earlier this year with an approximately $32,000 grant from Fuyao Glass. The unit travels around to different locations and gives kids a chance to do hands-on STEM activities and other opportunities. 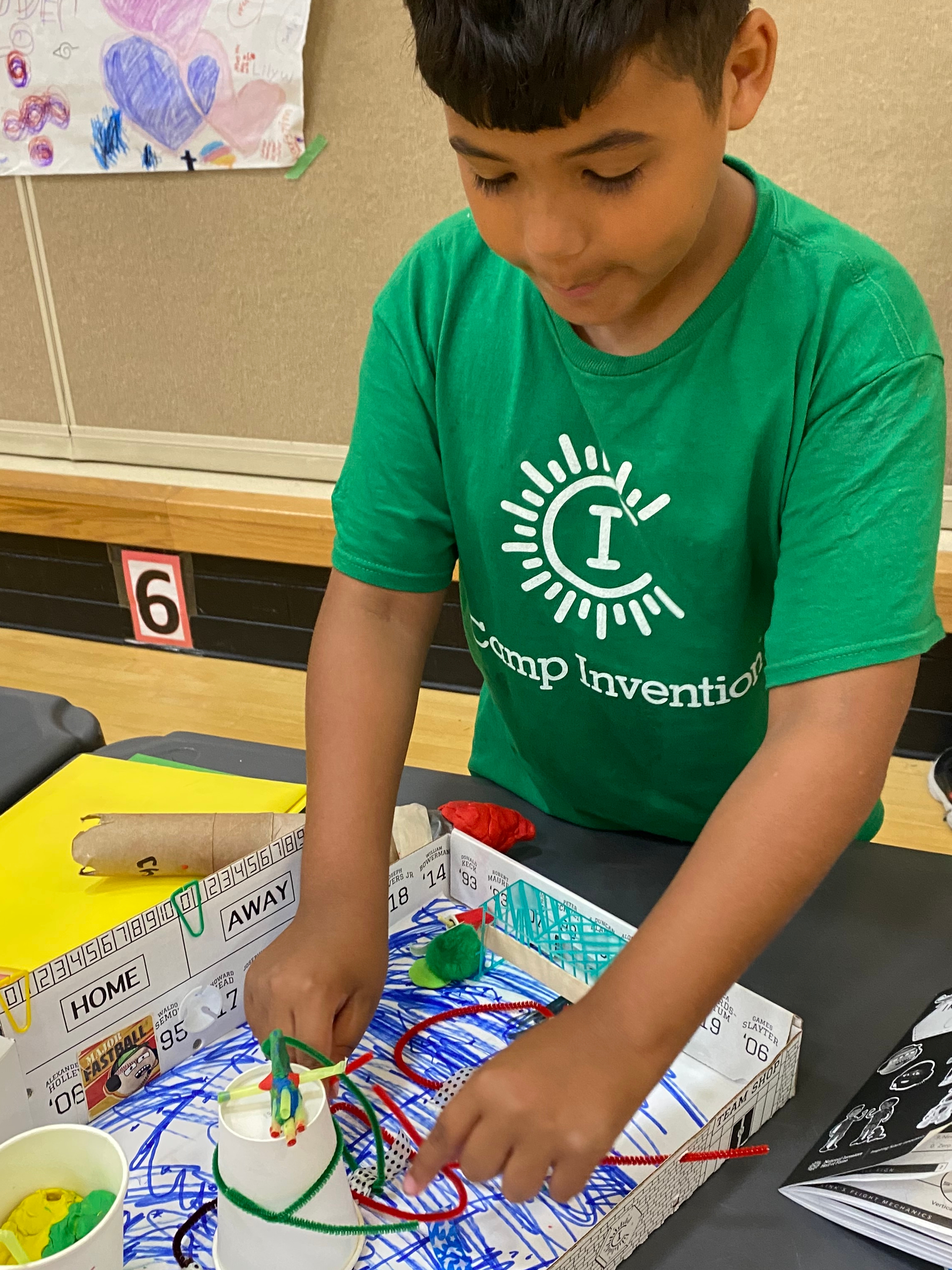 “What we found is that we need to go into the community and take some of our ideas and things to them as opposed to expecting them always to come to us,” Colopy said.

Kettering City Schools went in the opposite direction from many schools and will not be running summer camps, giving both students and teachers the summer off. The district is still encouraging parents to read to kids and stay engaged with learning.

Dan Von Handorf, assistant superintendent of teaching and learning at Kettering schools, said teachers and students worked hard last year to get learning back on track. The district added extra time to the school day last school year so teachers would get a chance to work with students one on one and fill in learning gaps.

The district’s spring test scores were better than expected, he said. Not having summer school also means the district doesn’t have to think about busing or asking already overworked teachers to come in.

“If there ever was a summer that we wanted our teachers and our administrators to take a deep breath, get rejuvenated and get ready to go for next school year, this would be the summer for that,” Von Handorf said.

How to get kids involved this summer

Keeping kids engaged in learning helps ease their back-to-school learning, according to curriculum directors across the region.

“What we know is kids who stay engaged, who read and write and play games with their families, those kinds of things, all summer long, have way less or no learning loss when they get back to the beginning of the school year,” Colopy said.

Summer camps are also a good resource for kids to learn. Many summer camps were closed last summer or didn’t fill up, but summer camp directors said they saw strong demand this year.

Cox said for caregivers concerned about a specific child and learning loss, talk to the child’s school.

But she said the attitudes from adults will also impact how the child feels about being behind. Whatever expectation adults set, the child will meet it, she said.

“What we don’t want to do is spiral on the learning loss because then students will think, ‘I’m behind and I’m never going to catch up,’ ” Cox said. “The tone of the parents and the adults in the school system, that really makes a difference.”

arts is on air